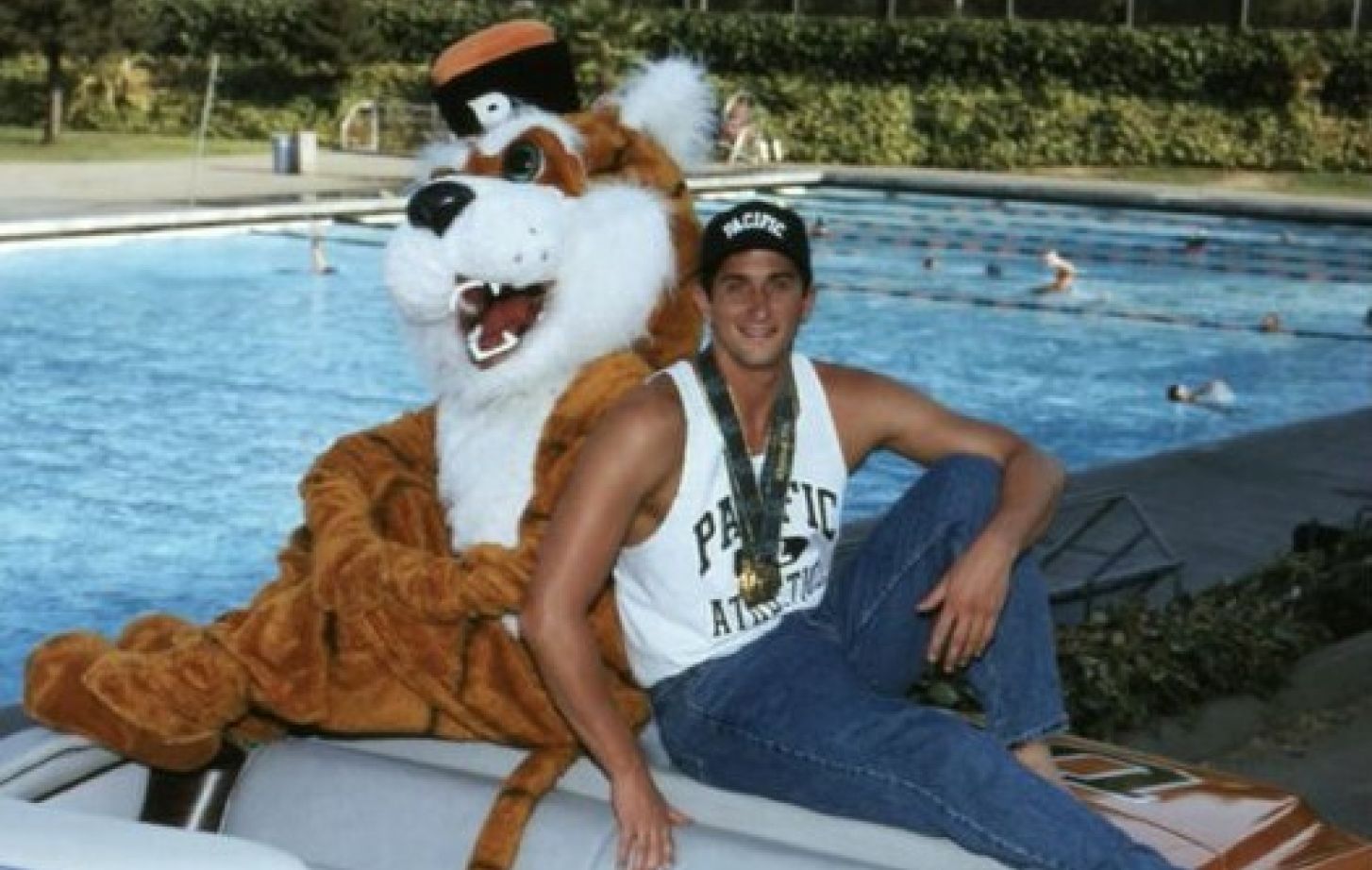 Bradley Schumacher, the only gold-medal winning Olympian in University of the Pacific history, remains grateful on the 25th anniversary of his accomplishment for his “Pacific family” who helped make his two medals possible.

Schumacher ’96, ’05 swam on the gold medal-winning 400- and 800-meter freestyle relay teams in the 1996 Summer Olympic Games in Atlanta. He followed four years later as an Olympian in a different sport—water polo—by helping the Americans to a sixth-place finish in Sydney, Australia.

To prosper athletically, Schumacher said he also had to succeed academically and learn to rely on the support of others on campus.

“It really all started with (assistant) Dean Ray Sylvester in the Eberhardt School of Business,” said Schumacher, 47, who now runs a water polo equipment company in southern California. “He asked me ‘what are your goals?’ So I told him I wanted to be an Olympian in swimming and other athletic goals. He said, “No, I want to hear your academic goals.’

“At Pacific, it did not matter if you were the number-one NBA draft pick like Michael Olowokandi or an Olympic gold medalist like Brad Schumacher. You were a student first, and you were going to be held accountable,” Schumacher added.

John Tanner, former Pacific swimming and water polo coach and director of aquatics, led a group of Pacificans who were dedicated to helping an Olympic-caliber athlete reach his goal.

“J.T. had everything in line and there were so many great people helping me,” Schumacher said. “Professor Glen Albaugh was a nationally recognized sports psychologist and he changed the way I thought about competition. There also was Cindy Spiro in the athletic department, Wendy Cornwall handling administrative matters, John McBride as my strength coach, and so many in the training room and elsewhere. I had to handle the swimming. But so many other people were involved.”

“Some people were saying that Brad was the biggest surprise to make the entire United States team, and that talk motivated him and everyone else working with him,” said Tanner, now the longtime women’s water polo coach at Stanford. “There was a real good combination of old-school grit with cutting-age innovation. Brad was being helped by people such as professors Glen Albaugh and Connor Sutton, absolutely brilliant sports minds who had an immense impact on Brad’s success, and by so many others lending support.” 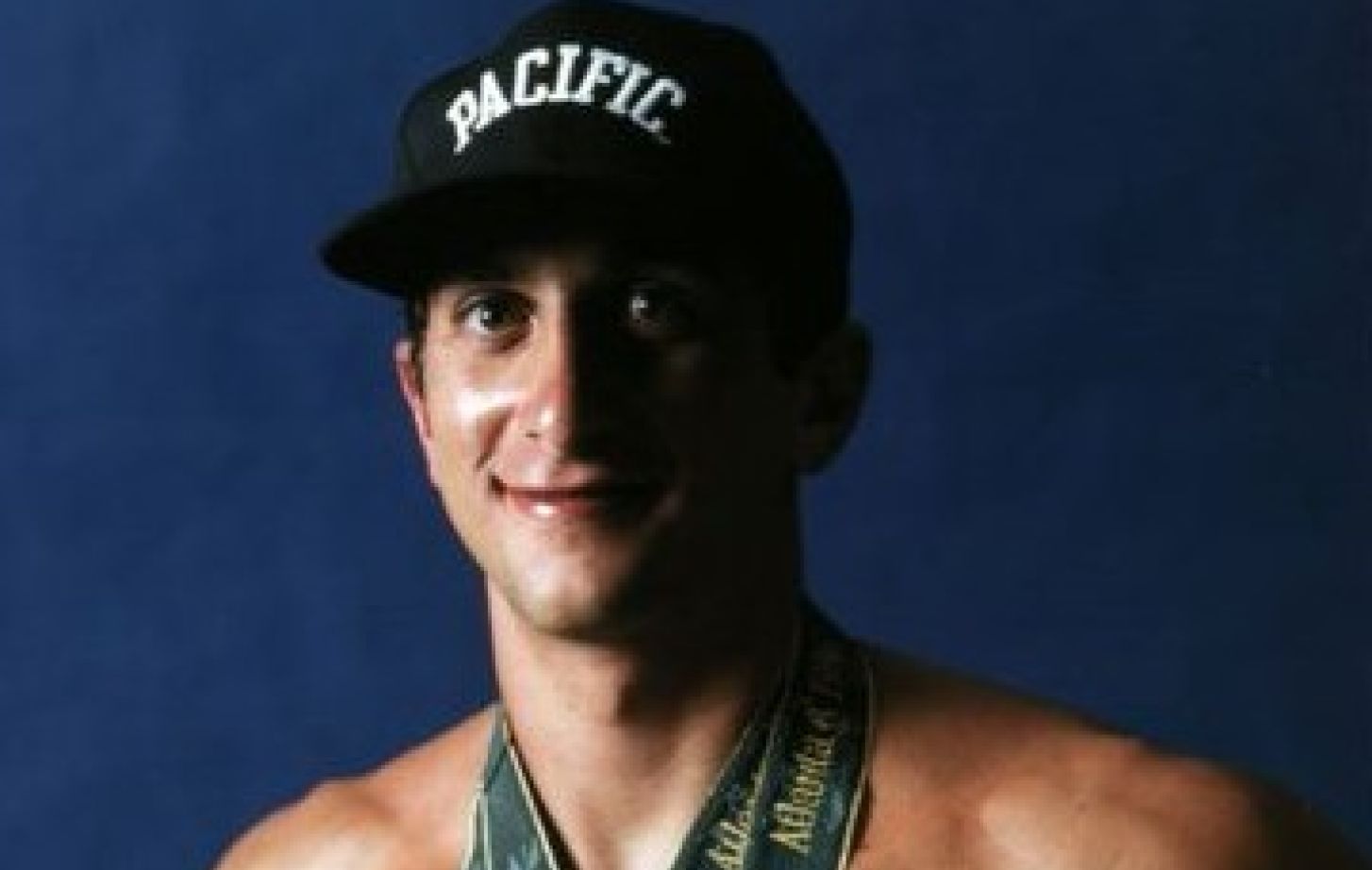 Schumacher was part of an incredibly talented United States men’s and women’s swimming team that won 26 medals (13 of them gold) in Atlanta. Australia and Germany tied for a distant second place with 12 medals. That meant there was intense competition just to make the U.S. Olympic team.

In the 800-meter freestyle relay, Schumacher did not know until hours before the final that he would swim the third of four legs.

“It was kind of a wild scenario. They don’t just consider the swimmers who placed during the Olympic trials. They could have selected any of the 26 people on the team,” Schumacher said. Some of the coaches were super unsure of me because I was from a small school like Pacific. They didn’t know me.”

Schumacher was chosen to swim in an event where his split time in the Olympic trials was 1 minute, 49.7 seconds. He shattered that mark with an effort of 1 minute, 48.4 seconds in the Olympic finals, helping the Americans to a comfortable win.

“Brad sensed the moment and went for it,” Tanner said. “The plan was to go steady through 125 meters, but he wanted to hit that wall at 100 meters first because he knew it would excite the 17,000 people watching. He completely changed his race plan and was able to use the crowd to the relay team’s advantage.”

In the 400-meter freestyle relay, Schumacher also swam the third leg and was book-ended by the world’s two best men’s freestyle sprinters: Alexander Popov swam the second leg for Russia and Gary Hall Jr. had the anchor (fourth) leg for the United States.

“Russia held a lead after Popov’s swim, but I knew if I made up ground and got to the wall first, there was no way they were going to beat Gary,” Schumacher said.

He made up virtually all of the deficit in his third leg and the Americans won while setting a then-Olympic record.

Switching sports for another Olympics

Schumacher worked with Tanner on a plan for the 2000 Olympics. They sought to have him compete in both swimming and water polo. He certainly had the pedigree as a star for Pacific in water polo and with strong swimming times.

He received the full support of United States Water Polo Association officials, but “it was a different story with swimming officials.” Schumacher had to go to Olympic “Sports Court,” which ruled in favor of him competing in both sports.

Ultimately, though, Schumacher opted for only water polo. “I was impacting my team with an individual pursuit,” he said. 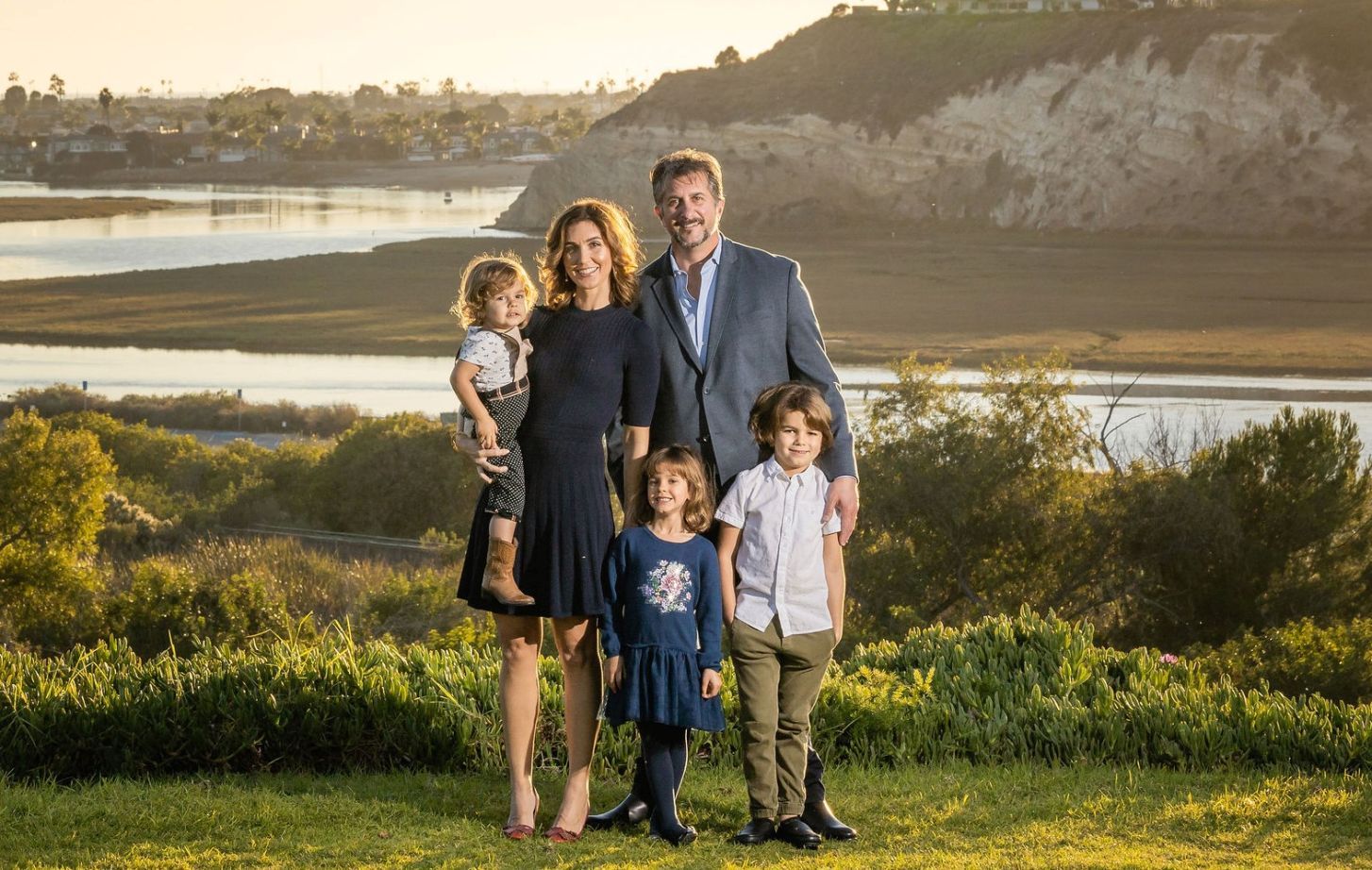 Bradley Schumacher with his wife Antonella Castro and their three children: Tristan, Palomma, and Paolo.

He also met his future wife, Antonella Castro, an attorney, who inspired him to complete his MBA degree at Pacific. “She said ‘you have that MBA hanging over your head. You need to finish it,’ ” Schumacher said. He completed that degree in 2005.

The Schumachers now have three children: Tristan, 7, Palomma, 5, and Paolo, 2½.

“Business is going great. It was a super challenging year, as it was for many businesses, but we weathered the storm,” Schumacher said.

“I mostly keep in contact with how Pacific is doing in water polo,” Schumacher said. “The work that (Pacific coaches) James Graham and Joey Gullikson are doing is amazing. I think James has figured out his recipe for what works at Pacific. He is a genius when it comes to analytics and he is the most successful coach we have seen in the sport at Pacific.” 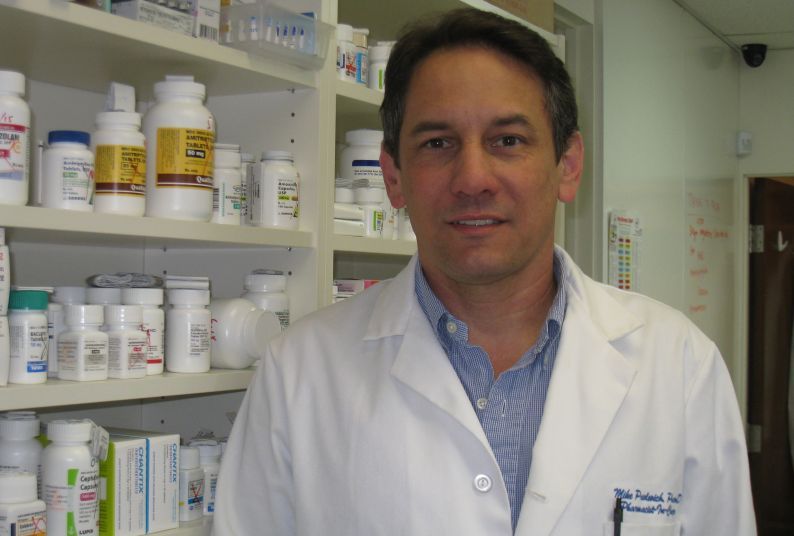 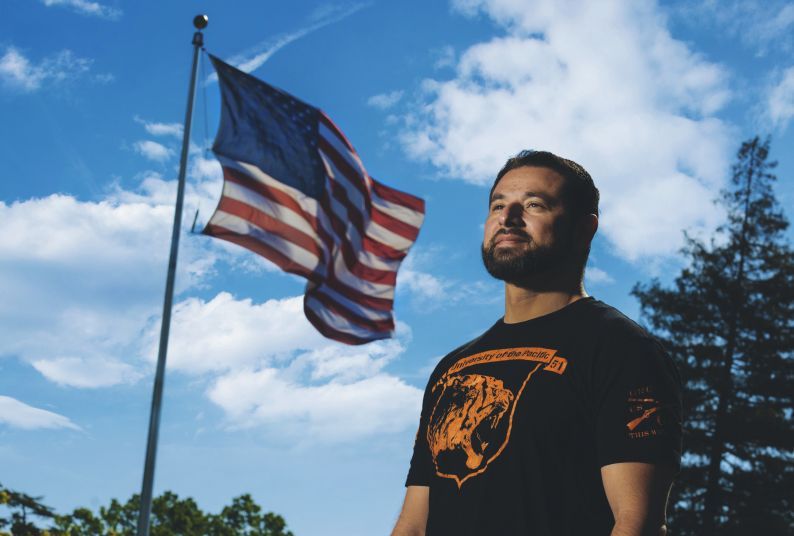 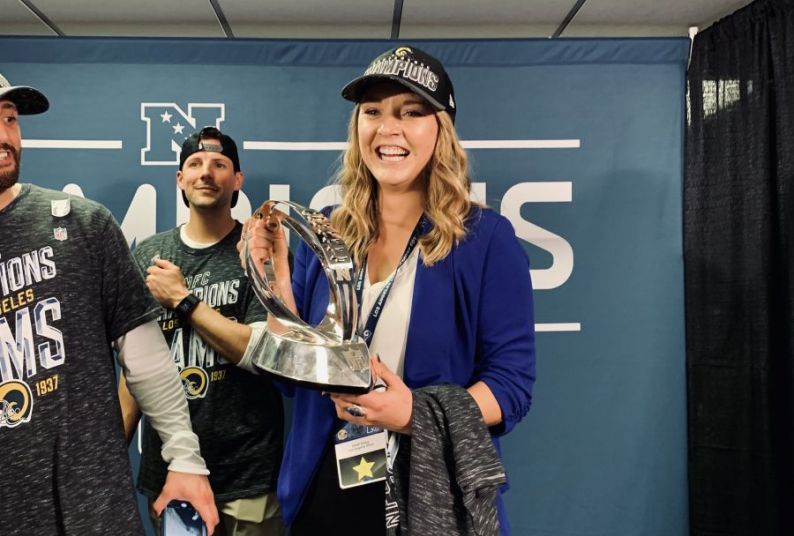