Pete Schroeder | University of the Pacific Skip to main content 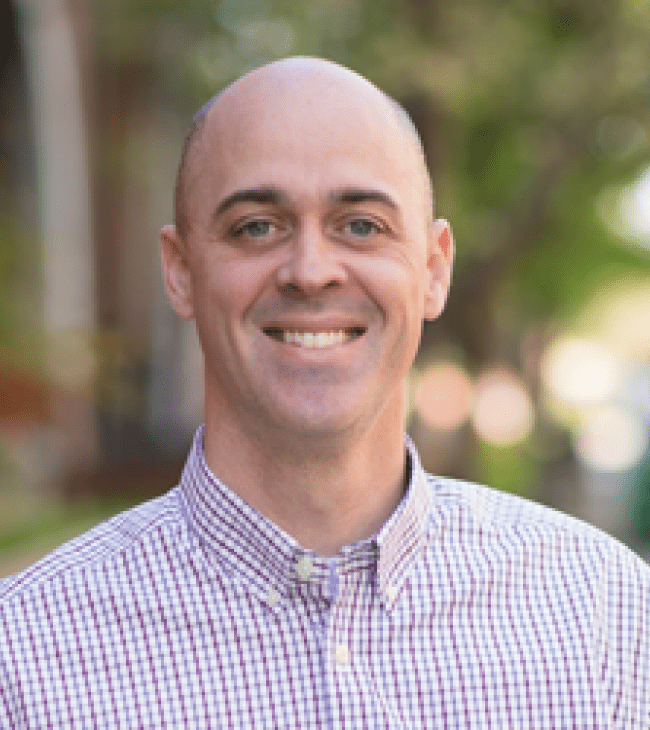 Pete Schroeder is an associate professor of sport management in the Eberhardt School of Business. He taught in the College of the Pacific for 11 years before moving with the Sport Management concentration to ESB in 2019.

His research focuses on organizational culture in sport settings, academic integration of intercollegiate athletes, and migration of international athletes. His work has appeared in several journals and he contributed chapters to two-sport management textbooks. Pete has also chaired seven master’s theses and supervised numerous undergraduate research projects. He currently serves on the Editorial Board of the Journal of Issues in Intercollegiate Athletics.

Pete is married and has two kids. In his spare time, Pete can often be found traveling to youth and high school sporting events or supporting his wife’s softball team at Cosumnes River College. He also likes to play basketball, tennis, ski, and travel.